Nestlé PH Net Zero Fair: Taking The Lead In Tackling Climate Change With Support From Employees, Partners And Other Stakeholders 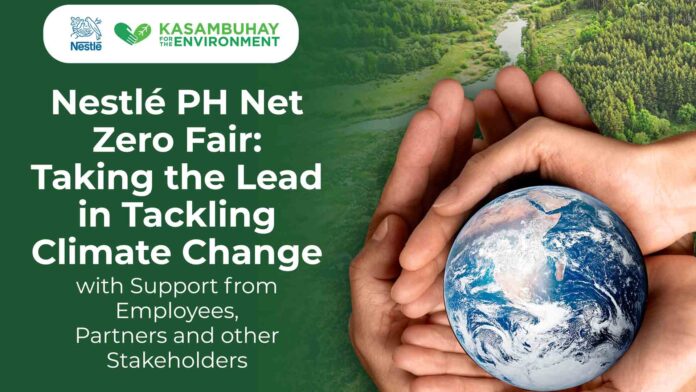 As a Kasambuhay for the Environment, Nestlé Philippines declared new sustainability commitments to halve its GHG greenhouse gas (GHG) emissions by 2030 and reach net zero by 2050 at the latest.

These were showcased at the Net-Zero Fair: Our Contract with the Planet, a virtual interactive platform and event, attended by 1,338 Nestlé employees, 65 external stakeholders and partners, 27 media publications and 6 micro-influencers.

A total of 20,221 engagements (clicks, interactions and plays) on the virtual platform were recorded when the fair was live, and a 68% user engagement and 42 media articles covered and wrote about the launch.

As the first multinational FMCG in the country with a clear roadmap to address Climate Change, Nestlé would take a leading role by rallying its employees, stakeholders, and partners towards a net-zero future.